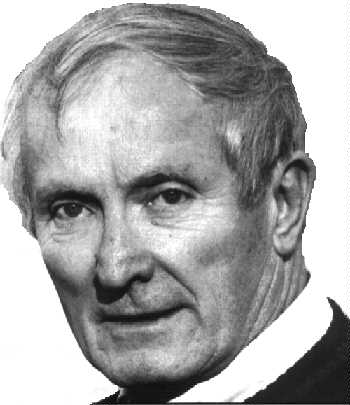 Ward Swingle is the product of an unusually liberal musical education. In his home town, Mobile, Alabama, he grew up with the sound of jazz and played in one of the great Big Bands before finishing High School. He graduated Summa Cum Laude from the Cincinnati Conservatory and studied piano with the celebrated Walter Gieseking in postwar France. In Paris in the sixties he was a founding member of the fabled Double Six of Paris,then took the scat singing idea and applied it to the works of Bach, hence The Swingle Singers, whose early recordings won five Grammies. When the Paris group disbanded in 1973, Swingle moved to London and formed an English group, expanding the repertoire to include classical and avant-garde works along with scat and jazz vocal arrangements. This group is still very active, however without the participation of Mr Swingle as a singer.

In 1984 Swingle returned to live in America. Since then he has remained as Musical Advisor for his London-based group, but most of his time has been devoted to seminars, guest conducting and the dissemination of his printed arrangements through his publishing company, Swingle Music. His pioneering ideas in new choral techniques have produced invitations to conduct a wide variety of choral ensembles: The Stockholm and Netherlands Chamber Choirs, The Dale Warland Singers, The Sydney Philharmonic Motet Choir, The BBC Northern Singers, The Gregg Smith Singers and the MENC National Honors Choir at Kennedy Center. Over the last ten years he has given a long series of workshops and seminars at outstanding universities in both Europe and North America. In March of 1994 he and Mrs. Swingle moved back to France, where he continues his work in arranging, composing, seminars and guest conducting.deo)

Ward Swingle was the product of an unusually liberal musical education. In his hometown, Mobile, Alabama, he grew up with the sound of jazz and played in one of the great Big Bands before finishing high school. He graduated Summa Cum Laude from the Cincinnati Conservatory and studied piano with the celebrated Walter Gieseking in postwar France. In Paris in the sixties he was a founding member of the fabled Double Six of Paris, then took to the scat singing idea and applied it to the works of Bach, hence The Swingle Singers ("The Mod Squad of Baroque Music"), whose early recordings won five Grammies. In this video Ward Swingle shares his world-renowned 'Swingle Singing' methods by conducting an a cappella master class with eight talented singers from the San Francisco Bay Area. With his instruction, guidance and example they learn and perform four of his arrangements, giving the at-home viewer practice and insight into these techniques -- techniques that have made Ward one of the most influential figures in vocal music in the Twentieth Century.


Watch a clip from this video

It was an interesting challenge to arrange "Overture to the Marriage of Figaro" for eight voices. The Swingle Singers group has often used it to open a concert. Of course it is very difficult but quite a few choirs have managed to master it. I think it works equally well on or off mikes, as long as a proper balance is maintained among the voices. This is the first of the four movements of Mozart's "Eine Kleine Nacthmusik," all four of which Ward Swingle has arranged for voices with the hopes that groups will perform "Eine Kleine Nachtmusik" in its entirety. For the Swingle Singers this offered a change from the succession of 2- or 3-minutes pieces typical of many of our programs.

This wonderful Neal Hefti composition, "Li'l Darlin," was written for the Count Basie band. Master word-spinner Jon Hendricks has added some lovely, romantic lyrics. This a cappella treatment of  "I Get A Kick Out You" is one of Cole Porter's best loved songs. Some of the scat is in hommage to the Double Six of Paris. "Love Walks In" lies in the great pantheon of Gershwin songs. Ward Swingle made a rather easy SATB arrangement dedicated to Cole Tyrell and his fine South Haven (Michigan) High School Choir. This is an 8-voice a cappella version of the well-known Cole Porter standard.  In this version of "It's Just One Of Those Things" the scat can be sung as written, or improvised upon. Since it goes along at quite a clip, it can stand a few rehearsals. This arrangement of "All The Things You Are," the wonderful Jerome Kern song, is separated into three sections: the beginning is in a free, traditional choral style, then there is some typical "Swingle" scatting, followed by a big-band section. It was recently voted "Favorite Vocal Jazz Chart" by a group of choral directors who specialize in jazz repertoire.

'Pastime With Good Company' is an evocation of Renaissance vocal and instrumental styles in which some of the singers are asked to imitate recorders, tabors and shaums. 'The Agincourt Song' recounts the victory of Henry V over the French at Agincourt. As in 'Pastime with Good Company,' the singers must imitate the sounds of Renaissance instruments. 'Country Dances' is a fast-moving potpourri of traditional country tunes. One theme that recurs is that of the Arkansas Traveler. The accompanying sounds evoke various country-music instruments: fiddles, banjos, jugs, etc. 'Music History 101 is a trip through Music History to the tune of "Twinkle, Twinkle, Little Star," treated as a Gregorian Chant, a Medieval Round, a Madrigal, a Bach Chorale, a Schubert Lied and many other styles including jazz and rap. El paisanito features an alto duet with an accompaniment that imitates strumming Spanish guitars. In the men's version, the duet is sung by two male altos. 'L'amour de moi' features a soprano solo with a string-like accompaniment along with vocalized bass and drums. The three melodies in 'Tour garcon qui sert bien son maitre' come from the province of Quebec. These arrangements were commissioned by the McGill Univeristy Chamber Choir in Montreal.

"Gigue (Suite in C Major)" is a movement from one of Bach's unaccompanied Cello sonatas, arranged here for tenor and bass. It has a fast 3/4 jazz feeling, with some tricky dove-tailing between the voices, the object being to make it sound like on instrument. The Swingle Singers have often used this "Organ Fugue BMV 578" as a concert opener. The challenge in singing without a rhythm section is to make the piece swing without the help of the instruments.The "Bourree" has probably been the most widely performed of all Ward Swingle arrangements. This is an a cappella version using three different styles: child-like "la-la-la's," gently swinging"oo" sounds and rather brassy "ah" sounds.

Cole Porter's "Miss Otis Regrets" is an ironic tale of betrayal, revenge and punishment in the form of a minidrama compressed into some 48 measures. It's surely one of the most startlingly original standards in the repetoire. Arranged for 19 voices, " Chatanooga Choo-Choo" was made famous by Tex Benecke, the Modernaires and the Glenn Miller Band. Ward Swingle has attempted a faithful, entirely vocal, adaptation. Also included in this package is "You're The Top."

This version of "Oh, Johnny, Oh" is an evocation of the Andrews Sisters' recording. Three soloists become the Andrews Sisters, while the other singers scat the accompaniment (brass, rhythm and bass guitar). Here the singers have to keep things swinging without the help of bass and drums. Al Jarreau wrote some wonderefully "onomatopaeic" words for Brubeck's fine piano piece, "Blue Rondo a' la Turk.". Ward Swingle transcribed the piano part as faithfully as possible for voices.Perhaps Kurt Weill's most famous song, Mack the Knife was written during his Berlin period, first sung by his wife Lotte Lenya; and later, in a very popular jazz version, by the great Bobby Darin. "Saints Fugue" was first written for the French Swingle group in the early 70's using only scat syllables. Ward Swingle revised it later adding the traditional words.

'How Do I Love Thee' is a a traditional choral setting of Elizabeth Barrett Browning's wonderful poem. 'Tre Karleksdikter' means 'Three love-poems.' These are settings of well-known Swedish poets, and would present a good challenge for a choir wanting to explore the Swedish language. 'It Was A Lover And His Lass' is a setting of Shakepeare's famous sonnet. The text has a lot of scat-like syllables (e.g. "hey-ding-a-ding") which Ward Swingle was able to adapt and use as part of the guitar-like accompaniment.

The Swingle Singers often use "Flight Of The Bumble-Bee"as an encore piece. It has to go as fast as possible using a great variety of scat syllables in order to avoid lock-jaw. It also includes a fairly literal vocal transcription of Debussy's famous piano piece, "Claire de Lune." The tessituras are quite wide ranging from low D-flats for the basses to high B-flats for the sopranos. It is probably best sung with the help of microphones. This transciption of a Chopin "Etude Op. 25 No.9" is probably easier to sing than it is to play! It should be performed at a brisk pace, with the main melody alternating between the Tenors and the First Sopranos.