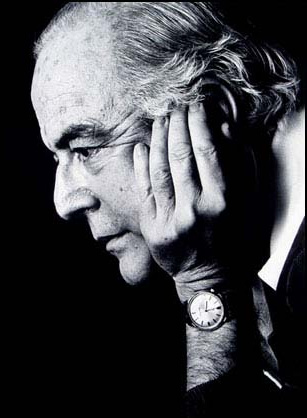 Samuel Barber was born in West Chester, Pennsylvania, USA on 9 March 1910. His musical ability emerged at an early age and he had already filled a post as an organist when he was twelve. He studied at the Curtis Institute of Music in Philadelphia with Rosario Scalero for composition, Isabelle Vengerova (piano) and Emilio de Gogorza (voice). He was later to return to the Institute to teach orchestration and composition. He began composing seriously in his late teenage years and by the age of twenty three an orchestral work, Overture to the School for Scandal, was performed by the Philadelphia Orchestra.

After serving in the Army Air Corp (which commissioned him to write his Second Symphony) during World War II he returned to live in the USA, near Mt. Kisco where he shared a house with another great American composer Gian Carlo Menotti. Most of his post-war works were written here. He won two Pulitzer prizes in 1958 (the opera Vanessa- text by Menotti) and 1963 (Concerto for Piano and Orchestra). The world premiere of the opera Antony and Cleopatra opened the new auditorium of the Metropolitan Opera at the Lincoln Centre for the Performing Arts on 16 September 1966.

Although Barber is most popularly remembered for the Adagio for Strings, his compositions for voices are a significant part of his work. He was the nephew of the celebrated contralto Louise Homer and thus had access to many great singers and songs from an early age, later studying voice himself. This background is reflected in all his writing. One of the most significant and memorable qualities of his work is his ability to write sustained and flowing melodies. Combined with an undoubted skill in orchestration this lyricism produces an intense, emotional strength in his writing which was sustained throughout his career.

This collection of American choral music spanning the 20th century features familiar and less well-known composers, from the lyrical traditionalism of Samuel Barber by way of Bernstein and Copland to the counterpoint, rhythmic verve and neo-classicism of Irving Fine. The disc finishes with the dreamily haunting Acrostic Song from Final Alice by David del Tredici.

Reincarnations is a program of five American masterworks and includes one world premier recording (Tom o'Bedlam). "The Hour Glass" by Irving Fine is difficult and virtuosic cycle, written in a lyrical style just before his 12-tone experimentation. "Tom o'Bedlam" by Jacob Avshlomov is based on a text about one of the patients of the insane asylum, St. Mary of Bethlehem, in 16th century. Accompanied by oboe and percussion, this powerful piece mimics the nonsense and madness in the text. "Reincarnations" by Samuel Barber is a set of three pieces which uses James Stephen's re-writing of old Gaelic poetry and includes the absolutely gorgeous setting of "The Coolin (The Fair Haired One)." All of the works on this recording are demanding but skillfully sung by the incomparable Dale Warland Singers.

Dunedin Consort: In The Beginning

Scotland's world-class consort sings a program of American contemporaries, Samuel Barber and Aaron Copland. Barber's comfortable use of the traditional and Copland's drive to create an original American music meet in the fact that each composer used word settings of poetry and literature as the basis from which to express their instinctive feel for the human voice. Copland's "In the Beginning" and "Four Motets for a cappella" create a natural audio bracketing of Barbers' "Reincarnations," "The Virgin Martyrs," and the 1936 setting of Emily Dickinson's "Let Down the Bars, O Death." The singing is incomparable!

A unique all-American program from the amazing Joyful Company of Singers that contains some of that country's most beautiful choral works of our time, including Barber's own choral version of his Adagio. The dozen choral pieces chosen by Peter Broadbent superbly demonstrate Barber's melodic genius. They include the only recording available of his radiantly intense God's Grandeur. Offering stimulating contrast are contemporary William Schuman's Perceptions and the hilariously entertaining Mail-Order Madrigals, the words taken straight out of an 1897 catalogue.

Barber's Prayers of Kierkegaard was commissioned by the Koussevitsky Foundation in 1942, but the composer did not complete the work until January, 1954. It is a setting, in the form of a single-movement cantata, of four prayers by the Danish theologian and philosopher S¿ren Kierkegaard (1813-1855). Robert Shaw gave the American premiere of Bart?k's Cantata Profana at Carnegie Hall in 1952. For this recording, he has used a refined version of the English translation of the text he made for that premiere performance. Vaughan Williams's Dona Nobis Pacem was intended as a warning of the threat of war in Europe in the mid-1930s. The texts are taken from the poetry of Walt Whitman, the Bible, the Latin Mass, and from a speech made in the British House of Commons during the Crimean War in the 1850s by John Bright

Memorial is a composition for mixed chorus, orchestra and baritone solo, based on subject material which reflets the horrific events of September 11th, 2001, in New York City. Though presented as one continuous movement, the composition follows a program that comprises of four sub-sections - Semptember Morning, The Attack, Prayers and Petitions. Conducted by its composer and director of the Concordia Choir, Rene Clausen, this beautiful piece of music will touch your heart in a way that only music can. The musical texture presents a poignant cascade of emotion that is amplified by the awesome peformance by the Concordia Choir and their Baritone soloist, Peter Halverson (A Concordia College Music Faculty member). On this CD, there is also an exceptional performance of Samuel Barber's instrumental piece, "Adagio for Strings," performed by the Concordia College Orchestra.