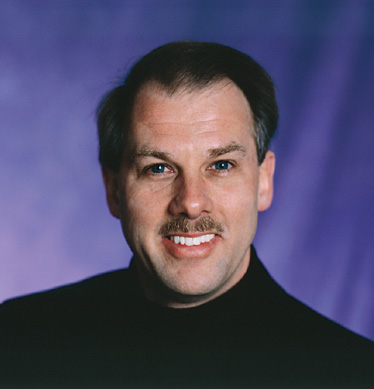 René Clausen's has served as conductor of The Concordia Choir of Concordia College, Moorhead, Minnesota since 1986. Additionally, he is the artistic director of the award-winning Concordia Christmas Concerts, which are frequently featured by PBS stations throughout the nation.

René Clausen is a well-known composer. His compositional style is varied and eclectic, ranging from works appropriate for high school and church choirs to more technically-demanding compositions for college and professional choirs. Interested in composing for various media, Clausen's compositional interests include works for the stage, solo voice, film and video composition, choral/orchestral compositions and arrangements, as well as works for orchestra and wind ensemble. He regularly composes on a commission basis, and is a frequent guest conductor and composer-in-residence on a national basis.

All of René Clausen's choral compositions and arrangements are published exclusively through Mark Foster Music Company (a division of Shawnee Press) in The René Clausen Choral Series.

In addition to choral conducting, Dr. Clausen is becoming increasingly well-known as a guest conductor of the major choral/ orchestral literature, in addition to orchestral conducting. At Carnegie Hall he has guest conducted the Brahms Ein deutsches Requiem, Mozart Requiem and Mass in C minor, together with the New York premiere of three of his own works, Gloria (in three movements), Whispers of Heavenly Death, with text by Walt Whitman, and Communion, with text by George Macdonald. Other major choral/orchestral works he has conducted include the Poulenc Gloria, Vaughan Williams Hodie, Beethoven Mass in C Major and Choral Fantasy, and Fauré Requiem.

In the summer of 1998, Dr. Clausen established the first René Clausen Choral School held on the campus of Concordia College, Moorhead, Minnesota, in which sixty-three participants from twenty-seven states participated. Much more than a reading workshop, the choral school is an intensive, five-day program for choral conductors focusing on conducting and rehearsal technique, performance practice issues, elements of choral ensemble, tonal development, as well as daily reading sessions of new music.

The Choral Music of Rene Clausen

Rene Clausen is one of America's leading choral composers. Discover the variety of his compositions as performed by these quality ensembles. This recording features his latest extended work "Crying For A Dream" which is based on Native American texts.

Memorial is a composition for mixed chorus, orchestra and baritone solo, based on subject material which reflets the horrific events of September 11th, 2001, in New York City. Though presented as one continuous movement, the composition follows a program that comprises of four sub-sections - Semptember Morning, The Attack, Prayers and Petitions. Conducted by its composer and director of the Concordia Choir, Rene Clausen, this beautiful piece of music will touch your heart in a way that only music can. The musical texture presents a poignant cascade of emotion that is amplified by the awesome peformance by the Concordia Choir and their Baritone soloist, Peter Halverson (A Concordia College Music Faculty member). On this CD, there is also an exceptional performance of Samuel Barber's instrumental piece, "Adagio for Strings," performed by the Concordia College Orchestra.

René Clausen, conductor of the Concordia Choir, Concordia College, Moorhead, Minnesota, is a graduate of St. Olaf College, Northfield, Minnesota. He holds a Master's degree in conducting performance and a Doctorate of Musical Arts degree in choral conducting from the University of Illinois. Here we present you with 6 of his most well known A Cappella choral selections, a must have for any large, advanced choir!

'Thank The Lord' is a beautiful 4-part sacred folk tune that begins with a great soprano solo. The unique setting of e.e. cummings’ celebrated poem 'i thank you God' is a challenge, but the overall effect is stunning. Dissonance, tone color, and texture are ever-changing in this a cappella gem where chord cluster follows chord cluster. Cummings’ vividly painted words are well-suited to René Clausen’s inimitable gift of melody. Clausen’s impressionistic 'La Lumiére (The Light)' is a wonderful, sensual experience in tone color and texture. As the poet’s spiritual perception changes, he views his visual landscape in a new light. In much the same way, Clausen transforms the listener’s aural landscape with layer upon layer of changing harmony and musical texture. Written for a cappella choir with divisi in each voice part, this modern impressionistic choral will showcase the talents of the most discerning ensemble. Choirs capable of singing 8-part harmony will love 'All That Hath life & Breath Praise Ye the Lord.' The lush chords and triumphant sound will also move the audience. Another 8-part gem, 'Magnificat' showcases Clausen's uncanny ability to weave beautiful melodies with intricate harmonies that can both sooth and excite the listener.

This compilation contains six, delightful compositions by Rene Clausen for the express enjoyment of your mixed-voice group. "The Early Bird" is a tone poem that lets out all the stops, presenting a wonderful adventure for the advanced choir. "Song at Dusk" is much like a vocal tone poem, in how the soaring melodies dramatically illuminate the poem (by Leigh Haynes). "Plenty Good Room" is guaranteed to bring down the house, swinging with classy, jazz element including a scat solo. "Alleluia" is a dramatic piece containging marvelous harmonic build-up and a sensitive ending. "In the Bleak Midwinter" is a composition based on a poem by Christina Rossetti that was originally a Christmas poem expressing her piety and love for the beauty of nature. "Canticle of Praise" was originally written for the King’s Singers (a 6-man ensemble) and the Morman Tabernacle Choir, however, this publication is the version re-scored by the Clausen for performance by his Concordia Choir.