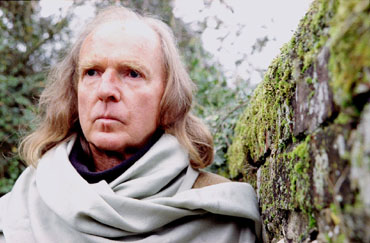 John Tavener first came to public attention in 1968 with the premiere of his oratorio The Whale at the inaugural concert of the London Sinfonietta. The Beatles subsequently recorded this on their Apple label. Although Tavener’s avant-garde style of the seventies contrasts with the contemplative beauty of his works for which he is best known, the seeds of the language he would later adopt were already in evidence. His early compositions, notably Thérèse (1973) commissioned by the Royal Opera House and A Gentle Spirit (1977) after the short story by Dostoyevsky, showed that spirituality and mysticism were to be his primary sources of inspiration.

His conversion to the Orthodox Church in 1977 resulted from his growing conviction that Eastern traditions retained a primordial essence that the west had lost. Works such as The Lamb (1982), and the large-scale choral work Resurrection (1989) date from this period. It was in 1989 that Tavener once again came firmly into the limelight, when the Proms premiere of The Protecting Veil introduced his music to a new audience. The opera Mary of Egypt, premiered at the Aldeburgh Festival in 1992. The same year, a major documentary, ‘Glimpses of Paradise’ was broadcast on BBC2. His 50th birthday year was marked in 1994 by the BBC’s Ikons Festival, as well as another major Proms commission - The Apocalypse. In 1997, the performance of Song for Athene at the close of Princess Diana’s funeral showed that the profound effect of his music reached far beyond just the concert-going public.

The premiere of A New Beginning played out the final minutes of 1999 in London’s Millennium Dome; on 4 January 2000, Fall and Resurrection was premiered at St Paul’s Cathedral, broadcast on both television and radio; he received a Knighthood in the Millennium Honours List, and later the same year, London’s South Bank Centre presented a major festival of his music. Overseas commissions increased, notably with Lamentations and Praises (2000) for the San Francisco-based Chanticleer (whose recording of the work secured for Tavener the Grammy award for Best Classical Contemporary Composition in 2003) and Ikon of Eros (2001) for the Minnesota Orchestra.

Tavener was then led to look for inspiration from alternative sources by his interest in the universalist philosophy of the late Swiss metaphysician Fritjhof Schuon, which embraces all great religious traditions. This change in direction is manifest in works written since 2001 - notably The Veil of the Temple, Lament for Jerusalem (which uses both Christian and Islamic texts), and Hymn of Dawn, based on Hindu, Sufi, Christian and Jewish texts, as well as the music of the American Indians. Other works include the song-cycle Schuon Lieder; Pratrirupa, for piano and strings; and numerous choral works including Elizabeth Full of Grace, a commission from HRH the Prince of Wales.

Legendary performances on CD for the first time. Described by Gramophone as possessing an “impeccably manicured vocal blend, enchanting the ear from first to last note,” The King’s Singers maintain the highest caliber of a cappella performance and continue to be one of the most sought-after and critically acclaimed vocal ensembles in the world. Recognition of that fact was underlined by a prestigious Grammy Award in the 2009 ceremony.

John Tavener's 2000 composition, "Lamentations and Praises," a liturgical drama scored for male voices "singing in the Orthodox Byzantine style," flute, bass trombone, string quartet and a number of eclectic percussion instruments such as tubular bells, a Byzantine monastery bell, and very large Tibetan temple bowl. This is a profoundly religious work on the crucifixion, death and resurrection of Christ, written for the 12 voices of acclaimed Chanticleer, the only full-time classical vocal ensemble in the US. The beautiful and extensive liner notes take us through the 13 sections, or ikons, and explain in English what the singers are saying and what it means. Deeply meditative and beautiful! GRAMMY Winner.

Despite the mystic beauty of his music, John Tavener's place in Western music is a controversial one. His desire to create musical ikons for a time in which he believes 'man has lost his belief not only in God, but also in himself' is provocative. Yet part of the attraction of his music must surely arise from its symbolic nature, a reflection of his deeply-held Orthodox faith. This collection cvers a wide range of Tavener's celebrated choral output and includes his immediately popular setting of William Blake's The Lamb, and the luminously spiritual, Ikon of Light.

If John Tavener’s music has always been concerned with eternity, and if it has always confounded those who have horizons no wider than Western traditions of the recent past, it is also true to say that the ways in which he has dealt with the sacred in his work have been characterized by considerable variety, and have never ceased on occasion to surprise. Initially, surprise was caused by his stripping away of the unnecessary, his quest for the musically – and therefore the spiritually – essential. This quest led to a vast outpouring of music, encompassing a great many miniatures and large-scale compositions of the stature of the Vigil Service and Eis Thanaton. 'The power of Tavener at his best is fully unlocked by Polyphony and Stephen Layton, whose sensitivity to the sacred and human in his music communicates in every work on this disc' (Classic FM Magazine).

Ikon of Light is one of the most substantial works that Tavener has written under the inspiration of Orthodox texts. This text is by St Simeon the New Theologian (942-1022), perhaps the greatest mystical writer in the history of the Orthodox Church and one of the most outstanding theologian-poets in the whole Christian tradition. All his writings are dominated by the theme of God as Light, and this concept is abundantly in evidence here. The opening word "phos" means "light", and the concluding word "epiphania" literally means "shining forth". Tavener has said that in Ikon of Light he attempted to express what is essentially inexpressible, but that he has heightened the mystical element in the text by giving it a ritualistic treatment. In addition to the choral sounds there is a string trio which "can be thought of as the soul yearning for God".

John Tavener is one of contemporary music's most distinctive and recognizable voices; writing deeply felt compositions of instant magnetism and lyrical intensity inspired by a strong Greek Orthodox faith. At the very heart of his work is sacred music, a genre in which Tavener has established considerable fame with contemporary classics such as "The Lamb" and "Hymns To The Mother of God" as well as the elegiac "Song For Athene". "Svyati", for cello and chorus, takes the form of a musical incantation against the hushed voices of the choir. This rarely-heard masterpiece sees Tavener deploy an unusual combination of musical forces to powerful and moving effect.

Conductor Stephen Layton leads both of these top-notch choirs as they perform some of the John Tavener's classics.

The Choir sings Sir John Tavener's hauntingly beautiful unaccompanied choral music in a stunning virtual reality restoration of the ancient Hagia Sophia church in Constantinople. Orthodox ikons enrich the visual tapestry, enhancing the full richness of Tavener's mystic inspiration.The power of the performances is overwhelming and the credit goes to James Whitbourn and his vocal ensemble The Choir that he created for the express purpose of television and DVD recordings for Opus Arte. The Choir sing Tavener's music with great understanding and sensitivity to the religious texts. This DVD captures every beauteous moment of Tavener's music with The Choir. Opus Arte, as in all their productions, never leave you second-guessing about the music with their investigative extra features that bring further insight upon the chosen subject…The ikon chooses you which, together with an illustrated booklet containing an in-depth article on the inspirational power of ikons as well as the vocal texts and an introduction by Tavener himself, round off this beautifully presented package.

A collection of Tavener's most popular choral pieces most all of which are a cappella. The text of Annunciation is taken from St Luke's gospel. The words of the Archangel are sung by the main choir, and should build up to a thunderous, awesome theophany. The response of the Mother of God 'How shall this be' comes form a quartet of solo voices set apart, preferably raised in a gallery. This songbook includes program notes from Tavener himself.

John Tavener first rose to fame in 1969 when his cantata "The Whale" was recorded on the Beatle's Apple record label. Now one of Britain's leading choral composers his works included the poignant "Song For Athene". Here are eight mostly a cappella Christmas songs.